So I recently started working more with PowerCLI. After my time at VMWorld 2019 (which I will cover in another post) I realized how powerful that PowerCLI actually is (pun not intended). In starting to work with PowerCLI I came across the following message whil: trying to connect to my vCenter

Connect-vIServer : xx-x-xxxx xx:xx:xx Connect-VIServer Error: Invalid server certificate. Use Set-PowerCLIConfiguration to set the value for the InvalidCertificateAction option to Prompt if you’d like to connect once or to add a permanent exception for this server.

I did some googling and I found this article,so shout out to Ivo Beerens for his article.

In his article he goes on to share this command

After putting that into PowerShell and pressing enter you will no longer get the Invalid Certificate message.

I hope you found this post helpful, I will be posting about some of the scripts that I have been posting on my Github. Please share with your friends if you found this helpful.

VMWorld 2019 will be in 2 days!! I will be attending this year for my first time. I must say I am very excited and anxious to go. I am looking forward to all the people I will meet and events that I will have the opportunity to take part in.
I will do my best to post updates throughout the week. Be sure to follow me on twitter @kenbshinn where I am sure I will be posting updates as well.

As I have mentioned before, the company I work for had a disaster event that took place almost a year ago and because of that we have had  some of our infrastructure duct taped together.

Today I am proud to say that I had the opportunity to rip off another piece of that duct tape and actually move our Virtual Infrastructure forward.

You see, Pre-Disaster we had a single vCenter appliance which managed 3 sites. (Yes I know… yuck)

But, because of the disaster we had to move all of our services from the 1 site to the other 2. In the middle of the DR event I had to create 2 VCSA appliances to be able to manage the 2 sites, and due to a lack of sufficient network connectivity at the time, they were just islands. I even set them up a separate SSO Domains.

Fast forward to today, and I have now consolidated these 2 SSO Domains down to 1 and I must say it is pretty slick.

I did however run into a bit of an anomaly, which is the purpose of my post today. You see on the VCSA appliance that was added to the existing SSO domain, I discovered that I could see the first VCSA Appliance in the vSphere Web Client as well as it’s inventory which was awesome!

I consulted Dr. Google but found nothing at first, until I came across this post on the IBM Cloud for VMware Solutions site.

It turns out that you need to restart the vSphere Web Client in order for the new vCenter server to appear.

Just encase the link dies I will post the resolution here:

To resolve the problem, you must restart the vSphere Web Client:

Using the root account, connect over ssh to the vCenter VM (virtual machine) of the previously ordered instance.
Type shell to enter the bash shell.
Enter service-control –stop vsphere-client to stop the client.
Enter service-control –start vsphere-client to restart the client.
After the vSphere Web Client of the previously ordered instance is restarted, confirm that the vCenter Server system for the newly added secondary instance is visible in the vSphere Web Client.

NOTE: Rebooting the VCSA Appliance will also resolve your issue.

I hope you found this helpful, and if so please let me know and share with your friends.

So today I ran into an interesting issue. I was adding a new VCSA appliance to an preexisting SSO domain for a post that will come out in the coming weeks and I discovered a few things.

First of all, I learned that there are not many blogs covering this so I figured I would make a post just encase I get hit with a brick and forget.

So I ran through the install of the new VCSA appliance and selected all the settings as you would normally do. However when the installation completed it said everything was fine and I should be able to log in at the new URL.

I opened the URL and tried to log in…. and It failed. This being the first time I have tried this I was not sure what to expect, and here is what I mean:

The Platform Services Controller (or PSC) is responsible for authentication to vSphere. That being said I figured I might be able to log in with my Domain credential…. I was wrong.

So I then tried logging in with the Administrator Credentials for the SSO Domain…. that too did not work.

I then logged into the vSphere Web Client for the First VCSA to see if I could see what is going on over there. It turns out, from an SSO Perspective, everything was running great. I went to see if I could reset the Administrator password and discovered that I must not have had enough coffee this morning. You see, because vSphere is based on some form of Linux Kernel, I forgot to take into account that THE USER NAME IS CASE SENSITIVE!!!!!

So I went back to the login screen and logged in with the correct credentials and IT WORKED!!

Now to figure out why AD Authentication was not working…..

Although the SSO component was working and showed my AD domain as a valid and default authentication source, it doesn’t mean squat if the server is not a member of the Active Directory Domain. A quick add to AD and a reboot later and we were in business.

1. Don’t skip out on Coffee
2. Linux based credentials are Case Sensitive
3. Drink more Coffee
4. Make sure that host is added to AD before you try to authenticate.

I hope you found this helpful and if I ever get around to it I will add screen shots for a more TL:DR experience. 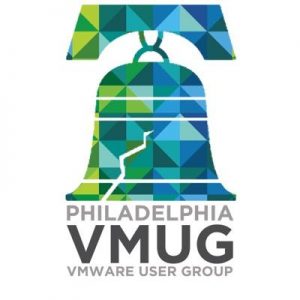 On May 16th Philly VMUG held it’s first meeting of 2019. The meeting was at the Dave and Busters on Delaware Ave in Philadelphia and it was very well attended.

Since we had so much interest in out event, we decided to create a YouTube Channel to showcase our speakers and to help get their message out. You can click on the links above to view the videos or click on the link below to view our YouTube channel where you can subscribe and stay notified on what is going on with our local VMUG Community.

Hey everyone, there is only 17 days until the Philadelphia VMUG UserCon. Registration is free to attend and you can register at the link below:

https://vmug12.snoball.events/a/kenneth-shinn-1
Click on the link to get registered!!
We have so many awesome speakers coming out to speak with Ducan Epping, Frank Denneman as our Keynote Speakers and Ariel Sanchez coming out to speak about the vCommunity.